This is a thought experiment. It is intended to point out a surprising logical consequence of a relatively common belief, and of course, make hippies, who against all evidence tend to think of themselves as good people, squirm with cognitive dissonance.

In an universe with reincarnation, eugenics would essentially be quality control in the manufacturing of bodies to minimize suffering. Bodies would be like cars or houses or shirts. No point getting into a shitty one if you can get a quick replacement.

Got a bad body? No prob, trade it in for a better one.

But you wouldn’t be able to make that decision for yourself for several years. By that time, people are probably already invested in your life, which means your decision to get a replacement would create suffering for them.

The only ethical thing to do would be to aggressively screen and euthanize babies.

We’d all have a stake in ensuring that the bodies we get are as good as possible, and that corrective mechanism are automatically triggered if we’re born into a low quality one, so embryo screening and euthanasia would be institutionalised. Nobody wants to drive a lemon if it’s preventable.

If there is reincarnation, then eugenics is not only morally defensible, it would be a clear ethical obligation. 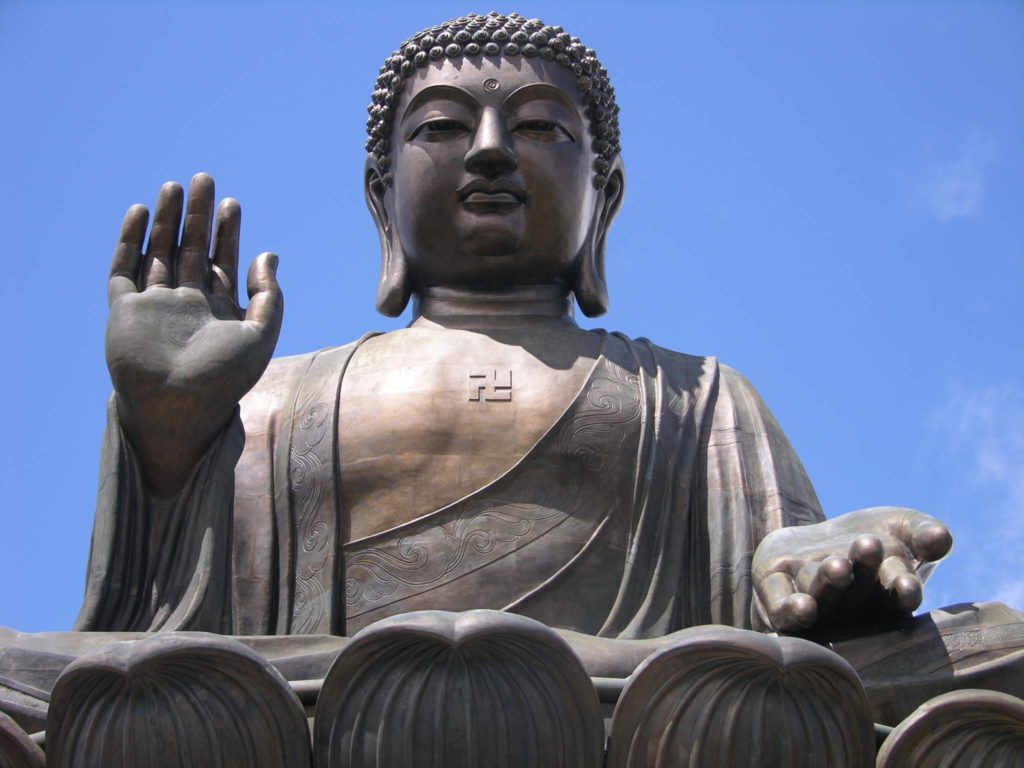 Cheap shot, but come on, you giggled.

Again, I remind you that I don’t actually advocate this. But it’s a logical consequence of believing in reincarnation.

Now, an objection can be anticipated from people who believe they purchased the mysteries of the universe in a cheap paperback from Amazon, and call themselves Starbadger Jasperdragon Lasertree, along such lines: “By refusing the bad body and getting a better one, I would be subverting the cosmic order and avoiding a necessary experience – basically cheating”. Which is bullshit.

One, I am automatically suspicious of any doctrine that ascribes inherent metaphysical value to human suffering. It’s rationalisation of the inevitable at best, and cruelty and apologism for preventably shitty situations (and oppressive social orders) at worst. The point in Buddhism is specifically to avoid suffering. At any rate, if it’s truly a higher necessity or divine will, it will happen even if we try to subvert it. In other words, if we manage to prevent it, it wasn’t the will of the universe. It follows that we should always try to prevent it.

Two, such a moralising, providential, teleological “the universe is a school” take on reincarnation, in which the universe has a plan and curriculum for the individual, is relatively new and almost exclusively western. It’s based on a misunderstanding of karma as an ethical punishment-reward scorekeeping board and cosmic nanny, rather than the amoral causality it is in actual oriental religions. Although it should be added for the sake of completeness that moralistic spin was added early on for the purpose of controlling the peasants – “accept your shitty lot in this life and you might be born into a higher caste” = “suffer on Earth (unlike the nobility and clergy that tells you to) to receive your reward in heaven” = “blow yourself up fighting for me and you will get virgins in paradise, seeing as you can’t get laid in this life because I personally have four wives”. It’s a political scam to get dupes to exchange real utility for imaginary future utility. Screw it in every form, shape and iteration.

I’m assuming the – more likely, though still unlikely  – notion of reincarnation without purpose – a reincarnation like gravity or fluid dynamics – a simple fact, with no intrinsic moral interpretation or purpose, an amoral feature of the universe that just is.

It’s added fluff, junk, superfluity. It would even be recognized as a doctrinal corruption by people like, you know, the fucking Buddha. He didn’t view reincarnation as a school that guides you to personal development, he viewed personhood itself as a problem, and reincarnation as a tragedy to be ended. The point of Buddhism is to stop existing, in an universe that has purpose-free reincarnation. Again, later and western versions are euphemising this, and the Sutras are deliberately ambiguous to not scare novices off. You won’t join a monastic order if they tell you on the first day that its actual goal is your total and complete nonexistence.

We might get to Buddha’s mistake later in another article, or a book – perhaps life is on balance worth living, perhaps the existence of suffering does not invalidate being itself.

So for the sake of argument, I assume reincarnation without meaning, purpose, religion and myth. As a bunch of other legendary sages, including the Buddha, did, until superstitious fools made a religion out of it – a religion out of its opposite. Golden statues and sacrificial offerings to the memory of a guy who argued against all of that, and sought simply release in nothingness. But hey, there was a Galilean carpenter whose followers started doing the opposite of what he was saying within twenty years of his death too. Golden crosses, torture of heretics, marble palaces and child abuse, as millions starve…

Getting back to the main point – you can put any spin on reincarnation, or no spin whatsoever, any interpretation or judgement, and work with it any way you want. The western “reincarnation is education” version is already different from the “reincarnation is bad” Buddhist version, and both are different from the Hinduist “reincarnation is punishment and reward” version for the peasants and “reincarnation just is” for the Brahmin, and the Greek “If you fuck up really bad you’ll be born as a woman” etc. etc. There’s already a ton of different interepretations, evaluations and judgments. So if you go there at all, why not assume just the mechanism itself, and ignore the obviously arbitrary storytelling people add to it?

There are no lessons in it, it’s an amoral mechanism that just exists. You work with it as best as you can.

Meaning is added by humans. Any meaning can be added.

In which case, the most natural thing for people would be something like this: “Okay, we’re on this hamster wheel, might as well make the best of it.”

Because that’s what humans do with everything. We improve our lot.

You’re in a comfortable seat right now, not squatting in the Serengeti, with a leopard nibbling on your buttock (respect to my surprisingly numerous African readers). We found out that we were bound to work to feed ourselves – and instead of tilling rocky fields by hand, or starving in protest against the perceived unfairness and intolerable demands of objective reality (as the ascetics do, pouting on a pillar in Calcutta for sixty years until their foot falls off), instead of being petty and melodramatic about the dark side of existence (like the Buddha, btw), we made food cheap and ubiquitous. Because the dark side is surprisingly fixable. That’s the key finding of modernity. There’s no design in it, it just sucks by nature, and we can improve it. And we should improve it.

If reincarnation was a thing, it would be consistent with our nature to have mechanisms in place to maximize the quality of our bodies – which would be by definition disposable vessels. That would include getting replacements. If there is reincarnation, euthanasia and eugenics are a no-brainer. It’s just good by definition.

I’m using this to troll hippies from now on forever. Because if reincarnation exists, then this is true.

Just in case there is karma, consider supporting wisdomination.