In 2012, the Chinese government has generously built, “for free”, a new $ 200 million headquarters for the African Union in Addis Ababa, including a sophisticated computer system.

In the most unsurprising plot development in history, the building was recently discovered to be made of more microphones than mortar, and the Chinese computer system was busily uploading every word and whisper uttered in the building to servers in Shanghai.

Leaving aside that it took locals five years to notice – or act upon the observation – that there was a spike in data transfer activity between midnight and 2AM every night, the AU said they “took some steps” to strenghten cybersecurity. If those steps were anything less than razing the building to the ground, nuking it from orbit, and re-convening the African Union in tents on a nearby – actually, preferably far away – stretch of empty land, those “some steps” were unlikely to be sufficient.

To remedy the situation, the African Union bought new servers, and the Chinese – imagine this – graciously offered to help configure them.

With its mixture of Han ethnic chauvinism and centralized command economy, it is neither exaggerated nor inaccurate to call China a fascist country by any dictionary definition.

An anonymous AU official, quoted by Le Monde, however said that there was no real problem, because at least the Chinese “have supported their struggles for independence”, are “investing now” in Africa, and “they have never colonized us” – except, of course, the Chinese colonization of Africa right now.

When I related the story to a Person Who Knows Her Way Around These Computer Things, she asked how is anything of that sort even possible. In Africa, it is easy. You bribe the three or four people making all the decisions, and you can do anything. Like, literally anything. Unaccountable, corrupt, kleptocratic rulers, who throw millions of people under the bus to buy a private jet with some underage Ukrainian sex slaves on it, are precisely Africa’s permanent problem. Judging by the insane pronouncements of the anonymous official for Le Monde, the Chinese have bought more than a building – they’re also buying up local untrustworthies.

In recent weeks, quite a few African and Southeast-Asian people have privately (or publicly) told me that British rule was the only time they had halfway good governance.

A Thai person recently had something like a minor meltdown about peering wistfully at Singapore and Malaysia, which were lucky enough to be British colonies. And hard to blame her, here are the economic numbers:

As for colonization by China, the story is different. The British, while arriving with a rather odious attitude of cultural supremacy, were nonetheless not entirely unmerited in believing so (rather like Romans colonizing Europe), and alongside their main objective of resource exploitation, they did aim to civilize and, for lack of a better word, uplift the colonized populations.

The Chinese, on the other hand, are cultural and racial supremacists to a degree not dreamed of in Europe in 80 years, and care even less for the well-being and futures of subjugated populations, who in their eyes are barely human barbarians, than they care for the well-being of the subjugated Chinese at home, who are expendable fuel for the machinery of hegemonic ambition.

Much like interwar Weimar Germany, China is on a war-path to restore what it deems its rightful place in the international order, after what it believes was an unfair humiliation. Imagine considering yourself the centre of all civilization for millenia, mostly through the sheer force of wishful thinking and only a vague knowledge of other cultures, and then getting demolished in a few decades by a few funny white devils, who admittedly did pull a dick move or two to score the victory, but mostly treated the whole affair as a minor diversion in doing business.

While the Chinese consider Africans irredeemable primitives, their attitude towards Europeans is more complex, a mixture of admiration for a clearly (at least formerly) superior force, and jingoist outrage: “How the fuck did those barbarian pigdogs defeat us, and how can we get back at them?”. This guides present-day Chinese policy, which is essentially revanchist.

The clash of grandiose self-image with reality continues to be the weak spot of Chinese grand strategy. They continue to overextend and overestimate themselves, overplaying their hand and wading with too much confidence into situations they are not equipped to win, still superstitiously believing in a “mandate of heaven”, despite losing virtually every war with every horsebacked tribe from Mongolia and tea-trading corporation from Europe that decided to conquer them, and conquer China they did. Hopefully, this tendency towards strategic self-sabotage will stay with them for the foreseeable future.

If Africans value their independence and loathe colonialism, they should be very, very suspicious of Chinese activities. Even the anti-colonialists may come to miss Europeans.

This spying affair is a turning point in Sino-African relations, and nobody on the continent should be under any illusions about Chinese intentions ever again.

Of course, China has colonial ambitions not just in Africa, but worldwide. They’re not dealing with anybody in good faith.

A few months ago, I attended a semi-diplomatic social function with, among other people, some young Chinese students. I started talking with a soft-spoken young gentleman from our security services, whom I have identified within minutes (they’re a type), and intimated to him my impression that they’re the party elite young, sent abroad to survey their future satrapies, rather like a young princeling might be sent on a tour of the empire. He has confirmed my impression, and added something equally interesting: that the reason we’re even accepting them is because we want them to get used to the privileges of democracy and freedom of thought and speech, which they will then demand at home – and thereby turn the princelings into trojan horses, who will spearhead democratic reform in China.

My private objection to that plan is that the party elite enjoy freedoms and privileges enough (and indeed precisely for this reason, to counteract western “subversion” by giving the rulers a whiff of freedom), and it is merely the commoners whose lot is as shitty as in any communist dictatorship. This particular objection to that particular plan aside, it shows a principle that is common enough in politics:

Two sides pursuing the exact same policy for exactly opposite goals. The fight, then, is not over what policy will be implemented, but over what its ultimate effect, its spin or valence or “flavour” will be.

The quintessential example of this principle is naturally the welfare state. While civilized forces are pursuing welfare policies to, of course, improve the lot of their fellow human beings, but also to deflate the potential for social unrest and disruption that would otherwise feed into destructive communist radicalism, the communist radicals are pursuing the exact same policies with the intention of salami-slicing their way into full socialism, of gradual/fabianist slide into bad things, and a bankrupting of capitalism from the inside through unsustainable public spending, the afermath of which is scheduled to be expropriation of private capital. The result is the modern mixed economy, and whether its ultimate result will be social cohesion or socialist catastrophe is up to relatively modest parametric tweaks, and of spirit and valence given to otherwise formally similar policies. People trying to save civilization from communism, and the people trying to implement communism, are both using the welfare state as their tool.

It is like a greyhound on a racetrack with two adjacent doors on the finish line. The entire way is in common, and only a tiny bit of steering makes all the difference.

This is also the case with Chinese party princelings hosted in the west.

Lest this become a tale of naive Africans swindled by scheming Chinese, know that the British have allowed the Chinese to participate in building a nuclear power plant at Hinkley Point, which is akin to leaving a remotely controlled grenade in your underpants and giving the detonator to your worst enemy, and the whole west is sourcing digital infrastructure from Huawei, which is a known tool of Chinese spy agencies.

The Chinese put backdoors into everything, and run the most extensive spying and influence operation the world has ever seen – overshadowing, by far, the Soviets during the Cold War. 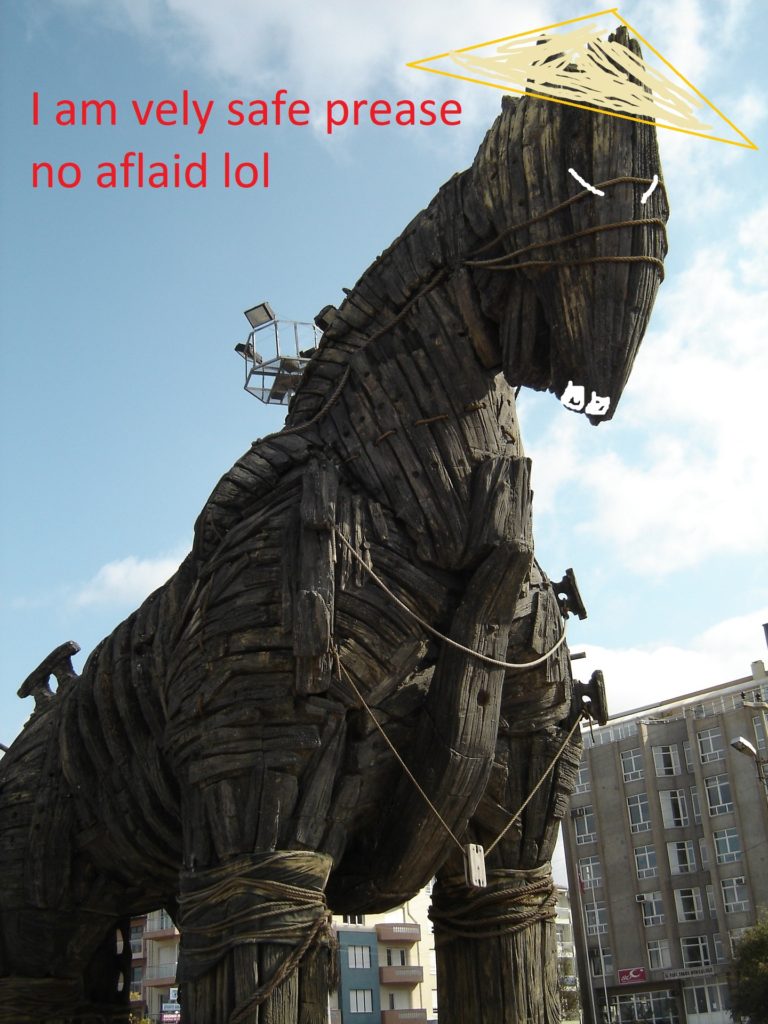 It is hard to see how any halfway-capable politician could entrust something as important as a nuclear power plant or government computer infrastructure to the main geopolitical rival known for its spying, no matter how much more convenient the price (“If you’re not the customer, you’re the product” applies even incrementally, not just to completely free but also to suspiciously cheap things), but it is more easily explained by compounding influence. By exploiting existing leverage, China creates more influence it can then “reinvest” – “If white devil prime minister does not source from Huawei, which all his advisors have recommended, we will show white devil media and his wife his pornography. But if he complies, we can be amazingly grateful”.

Western, and in particular American political (and media, and educational) establishments are thoroughly suffused with Chinese influence. Compared to the geopolitical struggle for hegemony against China, whose ambition is nothing short of world domination over what it considers lesser barbarians (i.e. everyone else), the Middle East and Russia are small sideshows.

You may consider buying me a tea.