When the world’s most valuable company presents a new product, I expect it to be a Martian colonial module, a fusion reactor or a hyperdrive, not a touch band to add emoji to messages half a second faster.

There are multiple kinds of progress, and Apple’s recent unveiling has not filled me with enormous confidence that we’re making the best possible one.

It’s not like we’ve somehow ran out of important things to invent – if anything, we’re barely getting started. Humanity is young. We’re still basically living in prehistory.

Tops. There is such a vast reservoir of stuff still to be done.

Things that count as impressive innovation: compact fusion, cryonic sarcophagi to preserve sick people who currently cannot be cured, the cures for those people, ultrasonic passenger jets (ideally electric), a “reactionless” drive (quantum vacuum physics permitting), quantum entanglement FTL communication, replacement organs, anti-ageing drugs, brain-computer interfaces, whole brain backup systems that besides providing immortality let you roam about in a robot body while your biological one is in aforementioned sarcophagus, and for the more mundane stuff, a phone battery that lasts longer than two days, grocery delivery drones, automatic hydroponic farms, personal AI assistants, reusable rockets, self-driving cars, banking that isn’t parasitic, some sort of reasonable solution to online privacy, innovative construction technologies that make housing both affordable and excellent (real estate is, after banking, the number two weakness of “developed” economies), fully recyclable 3D printed clothes, personal microbiome optimisation, e-government, IoT platforms without gaping security vulnerabilities that actually work, efficient CO2 conversion into ethanol (as a result of which, Eastern Europeans will drink the atmosphere and plunge the world into an ice age), etc. etc. etc. There is so much to do.

Those are the things I expect the world’s most valuable companies to be doing. Instead, we get a touch band on an overpriced laptop and new functionality to resume watching TV shows on another device. The fuck?

Things that don’t count as impressive innovation: putting dog faces on people, starting a conversation platform and then selectively censoring it to death, building a 1990s style instant messaging app and somehow conning people into giving you 22 billion (BILLION) dollars for it, ditto for what’s essentially a glorified FTP client, marginally better portrait features on a phone camera, freemium games, an app dedicated to sharing pictures of food.

Make no mistake, a few of these thing are cool enough, in an incremental, quality of user experience kind of way. Most are even profitable (some of them with depressing implications for the human race).

But all of that should be the cosmetic shit around the edges, not the sole progress we are making.

There should be dozens of Elon Musks running around. The brains are there. The capital is there. The need is there. But the “software” – the temperament, the mindset and the culture – isn’t.

Or hasn’t been until now. Thank fuck for this guy, because he’s serving as a role model, proving it can be done. That means more will follow and do the really big, important things. You know how an olympic record stubbornly resists for decades and after someone breaches the psychological barrier, lots of people can suddenly do it? Yeah.

Who else is properly innovating? There is Uber and their plans for flying cars (so cool). Amazon is nailing the drone delivery thing. Google’s Sergey Brin and Larry Page are at least using the money they’re making on ads (the second most valuable company in the world sells ads…) on a vast range of audacious moonshot projects in the hopes that one in ten will work out and change the world. Such as the self-driving cars.

This is a potent model that links our innate self-indulgence to progress by using revenues from the infantile, time-wasting whatthefuckonomy to fund real innovation. Another, albeit accidental example is NVidia, a graphics card maker who thought they were making toys until it turned out their technology is excellent for machine learning and they found themselves being the main shovel maker in the artificial intelligence gold rush.

We may add Peter Thiel, who in fact pointed out the same problem of a lack of substantial innovation in his fund’s manifesto, and that about concludes the list of lucid high-profile techies.

The same problem of loss of awareness of the difference between the substantial and the superficial is evident across society.

As a civilisation, we lost track of the difference between 1) fundamentals and fripperies, and related yet non-identical, 2) substitutes and complements. For example, there is an absurd “rivalry” between STEM and arts, which are no more substitutes than steak and pepper.

But there is groundbreaking technology and there is Flappy Bird.

And there are people who try to compensate for lack of substance with cosmetics, and behave as if the two were interchangeable.

Those people metaphorically chose a diet of only pepper and then act surprised it makes them nauseated. Of course they feel adrift and lacking in substance when they’re not doing anything of substance.

That’s what happens on a civilisational scale when cosmetic and incremental progress strays from it’s natural complementary role, thereby pushing people to descend into self-indulgent idleness and childish distraction (have I mentioned the analogy with arts?).

Apple proudly announced a product that a Russian (!) design studio made ten years ago. Well fucking done, Tim Cook. I stand by my judgment from three years ago, and again last year. He really is Apple’s Steve Balmer – the dark intermediate period between two great leaders (hopefully).

For an added plot twist, Microsoft (!) now has a more attractive product range. Apparently, Microsoft “borrowed” Apple’s ideas and looks (again), not to mention extravagant pricing, and did it better.

Microsoft is now better at being Apple than Apple itself.

But the tide is obviously turning. I predict a coming era of hardware startups and technology that actually does something.

Compared to 1960s expectations, the real 2010s are a sort of underwhelming steampunk retro-futurism. Very little has changed outside of IT and communications.

If you told a person in the 60s that the only human-crewed spaceship in 2016 would be the same Soyuz they knew, they’d first doubt your sanity and then ask whether there had been a nuclear war.

But nothing quite so dramatic. Only a collective loss of nerve.

We need to cure ourselves of the mind-virus of existential guilt, cultural pessimism, defeatism, passivity and the guilt-laden and thoroughly untrue conviction that whenever  we lift a finger with constructive intent, we murder ten thousand acres of rainforest and enslave thirteen Senegalese orphans, because it is quite radically wrong.  It’s literally a memetic poison.

In the Predator franchise, the titular aliens are a faster-than-light travelling civilization with compact fusion and plasma weaponry, who still apparently haven’t progressed past digital displays. 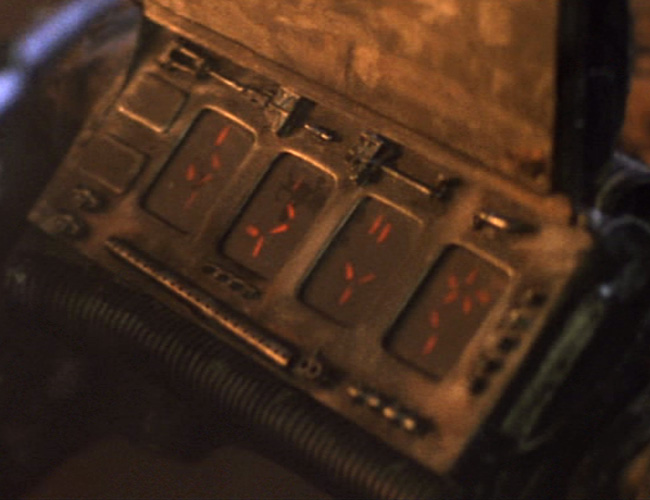 We’ve been doing exactly the opposite for 50 years.

It took only 25 years from the first rocket in space to humans on the Moon. At that rate, we should have been on Mars decades ago. Instead, we haven’t even been to the Moon in 46 years – and in the last 25, the average car and airplane became slower, the average developed-world income lower, and the average house more expensive. We’ve also all but banned nuclear energy, as well as the most promising new opportunities in food production. But hey, we have Netflix.

It’s easy to dismiss the mid 20th century as an era of irrational exuberance, immodest utopianism and reckless ambition bordering on hubris.

There’s just one thing – it worked.

One way or another, these things are self-fulfilling prophecies. When we believed in progress, we did great things.

So let’s have optimism, let’s have vision and courage, and let’s have people watching Star Trek and saying “We’re gonna build this”. Better yet, watching it in 50 years and saying “Lol, that was quaint”.

The sweet spot is where you’re audacious to the point of idiocy. That’s how real progress – non-twitter progress – is made.