I may have solved another issue almost everyone has.

It has to be the most googled health topic after sex stuff: brain fog, fatigue, low energy, trouble concentrating, anxiety, depression, feeling stuck in second gear, malaise. You know exactly what it is.

Surprisingly, despite the prevalence, nobody seems to have a good explanation, much less a cure. The explanations from doctors are a lot of shrugging and “maybe try therapy”, despite the condition feeling physiological. The thing with modern medicine is that it’s really good at big, acute stuff, but it is only starting to make progress on subtler and chronic conditions. That means there’s a whole host of sub-clinical, but real enough stuff that’s being left to internet anecdotes and bro science, and charlatans.

The bro science explanations usually center on fad diets, semi-conspirational concerns about environmental hormonal disruption (which actually turns out to be a real thing), and questionable (though plausible) theories like chronic inflammation from eating specific food groups or substances, typically dairy, wheat or gluten.  Maybe some of it is legit and works – at least for some people. But I don’t think that’s it.

Ah well. Someone has to be the Elon Musk of personal wellbeing who figures it out.

I don’t want to add another imp to the boiling pandemonium of bro science theories that potentially divert people in need of professional medical help into fad diets and ineffective supplements. But I noticed a thing that works for me, and it’s both a different kind of answer, and basically unmarketable. Because it’s free.

Here goes: What if our brains simply aren’t getting enough oxygen?

What if we are in a permanent state of mild hypoxia, not acute, but severe enough to impair functioning?

If you were to guess what a brain chronically just slightly starved of oxygen would feel like, wouldn’t you expect brain fog, trouble concentrating, sluggishness, fatigue, an undercurrent of anxiety and even panic (of course you’re anxious and panicking, you’re choking), confusion, malaise, depression and a general suppressed feeling of “running on three cylinders”? Oh shit.

There are, by the way, ancient links between breath and “spirit”.

A good mental image is bellows feeding a flame.

If I’m right, much of the mental health crisis can be solved for free, at home, right now, with a simple intervention accessible to everyone: better breathing.

Note your breathing now. Is it deep or shallow? Odds are you were barely breathing at all. Of course, now that you’re paying attention, it’s probably better. But your automatic breathing is probably shallow for most of the day. You may try setting a few alarms for random times and checking for yourself. 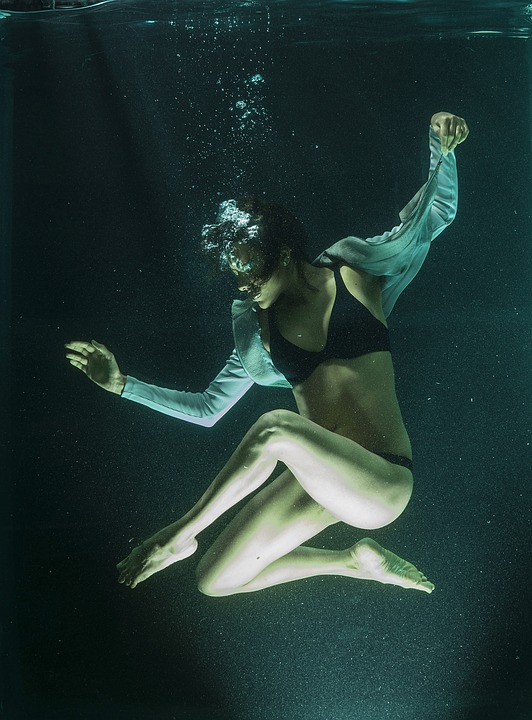 Corroborating evidence: exercise is super effective against anxiety and depression, which is an established scientific fact, though nobody is quite sure how it works. Well, I might have an idea. Alongside the release of endorphins, it might be the improved oxygenation of your brain.

Here’s a quote from Mayo clinic: “The links between depression, anxiety and exercise aren’t entirely clear — but working out and other forms of physical activity can definitely ease symptoms of depression or anxiety and make you feel better”

The hypothesis rests on a few assumptions, all of which seem straightforward:

The reason people feel like they’re suffocating is that they are. Literally. Then they mistake a physiological problem for some deep existential deal, or the result of their relationship with Aunt Gretchen, and go looking for Profound Answers. Usually, that is a mistake. I suspect there’s a sort of narcissism to it, too – we don’t want our depression to be trivial, but romantic and meanintgful, we want to be tragic heroes, not just slightly choked coach potatoes with shitty diets. Except that’s usually it.

After years of painful personal struggle, broad reading on the subject, and attentive observation, I am now like 98% sure that most cases of depression are purely physiological, and rumination and self-analysis is moving 180 degrees in the wrong direction – the right direction being getting out of one’s head, sleeping well, eating well, staying hydrated, lifting heavy things, going for a walk and being around (and sleeping with) good people. You may as well try to navelgaze-away a broken bone.

Never try to cure with Jung and oriental superstition what is actually a job for an energetic walk, a good fuck, or, indeed, a minute of conscious deep breathing.

We’ll get to that in a minute.

If I’m right, and the vague mental malaise that most people at least occassionally feel can be solved with better breathing, this is a Big Deal – possibly the biggest deal in public health since vaccination. I am willing to share the Nobel in medicine with whoever does the confirmatory study.

Ok, now we have a hypothesis, and a call to scientific verification. How can you actually do something right now?

The easiest thing is to just pay attention to your breathing throughout the day (you can set alarms), and focus on making it fuller and deeper. Deep breathing is, of course, calming on its own, as is shallow breathing anxiogenic, whether there is an additional effect on top of it or not.

Here’s one I found effective: Wim Hof breathing. It’s all over the internet, so I assume it’s not copyrighted (especially as Mr. Hof allegedly borrowed the technique from Tibetan monks).

That’s it. Typically, you’ll do about four rounds. Fewer if you’re feeling too lightheaded, more after you get practice and want to see how well the benefits scale.  You are going to feel lightheaded (this is GOOD), so don’t freak out, but don’t push yourself too hard, and for the love of fuck, don’t pass out. If you feel your head is spinning too much, take a break or shorten the routine.

I use this exercise in the morning to give myself a buzz and increased mental clarity. It gives you this relaxed yet alert and energetic feeling, which sounds notably like the exact opposite of the ubiquitous problem that everyone is googling.

Note that if the under-oxygenation theory is right, that doesn’t necessarily make the inflammatory theory of (some cases of) depression wrong. The Wim Hof method reportedly also reduces inflammation. Whichever the effective mechanism – oxygenation or anti-inflammation, or both – it works.

I’m not claiming under-oxygenation explains the entirety of the depression/dysthymia/fatigue/brain fog epidemic, and millions of therapists and psychiatrists can now close their offices and go, I dunno, grow aubergines. But there is a chance it’s at least a factor, and better breathing anecdotally seems to work for a lot of people.

Try it. What’s the worst case scenario? That you’ll feel elevated and energetic for the rest of the day? Yeah, I’ll take that over the side effects of antidepressants any day of the week.

If you have an acute psychiatric condition, especially one linked to traumatic life experiences, for the love of fuck don’t google self-help lifehacks from eccentric international men of mystery on the internet, see a mental health professional, and take your medication.

But for the sub-clinical, yet sometimes crippling stuff that half the planet is apparently experiencing, as evidenced by constant googling and redditing, better breathing is a simple, accessible and free intervention with a huge potential payoff. Just try it.

Feeling better? Slide a small banknote discreetly into my palm. I promise to spend it on beer and fatty slavic cuisine.

Bonus: here’s a short video, including instructions for the exercise: